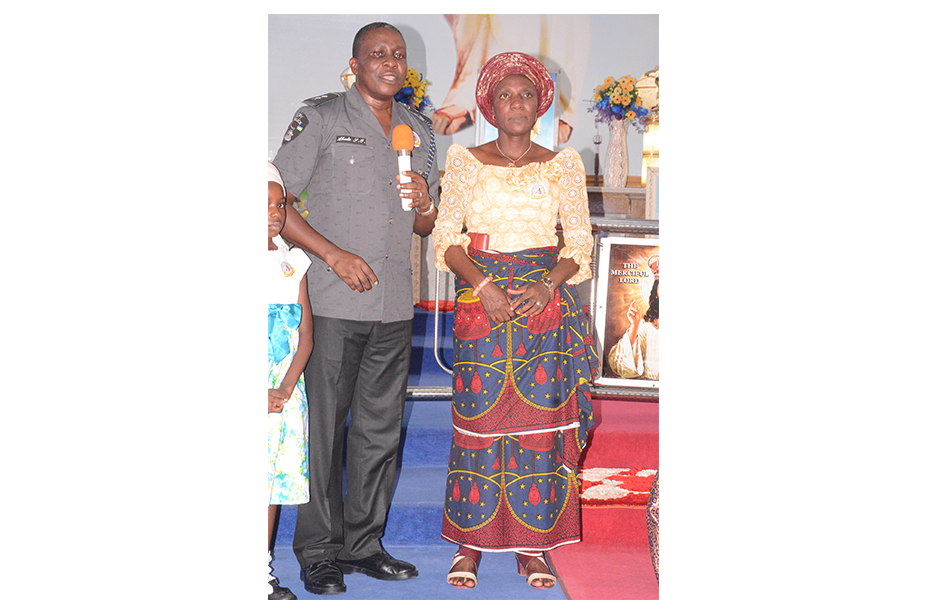 In life, it is expected that one makes reasonable progress within a given period of time. But for me, this was not the case. As a police officer, I have been in the position of an Inspector without a promotion since the year 2005 (11 years and 9 months) till this year, 2016. While still battling how I could be promoted, the issue of retrenchment came up. SPDC, the company I work for as a police officer, relocated from the city of Warri to Port-Harcourt, River State,between the year 2011 and 2012. As a result of this development, many staff were transferred to Port-Harcourt and Abuja, and many others were dropped from work.To God’s glory, I was retained as a staff. Trusting God for the miracle of promotion, I came to G.G.M Inc. Int’l Headquarters on 29th April, 2016, for an all-night prayer.During the prayers of deliverance by The Bishop of the whole world, I fell into a trance. In it, The Bishop of the whole world laid his hands on me saying, “You are promoted!” Two days later, which was on the 2ndof May, 2016, the former Inspector General of Police (Solomon Arase) came to SHELL Company in Port-Harcourt.There, he gave an order that all officers who have been in their present rank for 8 years and above be promoted with immediate effect. Confirming the trance I had, I was promoted from the rank of an Inspector to the rank of an Assistant Superintendent of Police (ASP) after 12 years of stagnation.Praise God!