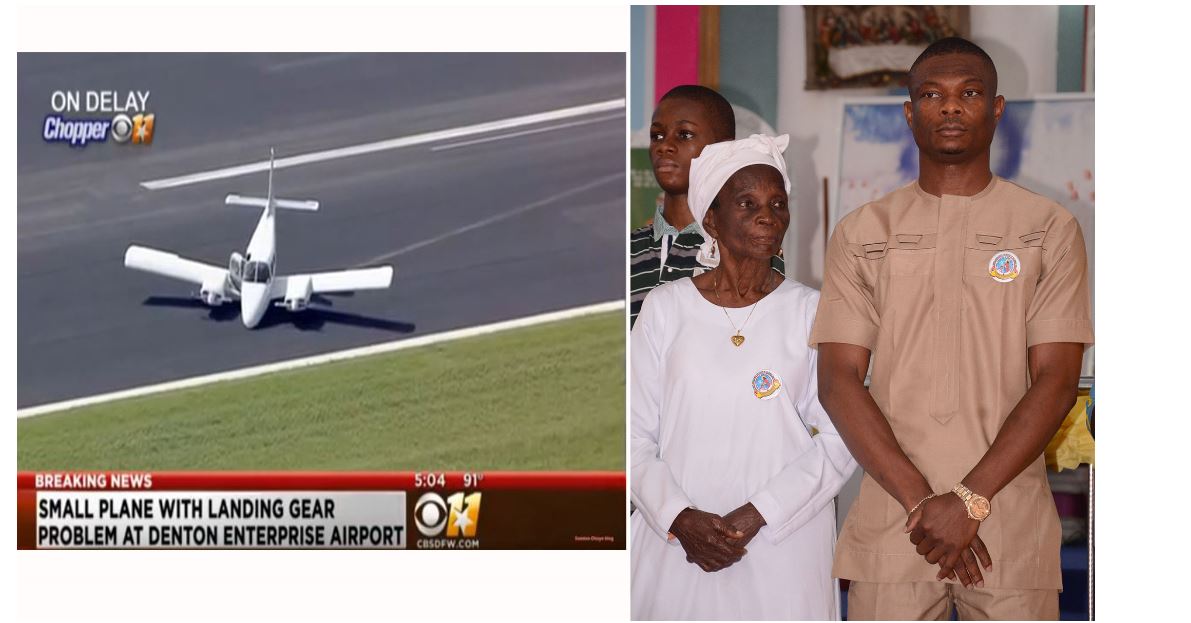 GOD MIRACULOUSLY PREVENTED A PLANE CRASH (IN DENTON TEXAS, USA) AFTER THE PRAYERS OF THE BISHOP OF THE WHOLE WORLD

Becoming a Pilot has always been my dream from childhood. After bagging my first degree in Engineering fromNnadiAzikiwe University, Awka, Anambra State, Nigeria, I proceeded to South Africa and from there to the United States to study Aviation. To the glory of God, I gradually came to the final stage of my training where I needed to fly a plane as part of the requirement for my successful graduation. It was on the 15th day of July 2016. I entered a plane and flew into the air with an instructor by me. When it was time to land, an issue ensued. The front tyre of the plane refused to come out and landing without it would result in the fatal explosion of the plane. Unable to land, we had to remain in the air for four hours, burning up the fuel. Already in danger, we made an emergency call and soon, it was on the news on CNN, BBC, and other broadcasting channels in U.S.A., including the internet as breaking news that,“a small plane in Denton shared by Pilot Patrick Afun is in danger of a possible crash.” After being in the air with all hope lost, we resolved to land without the tyre. While the white man, my instructor was in great panic, I encouraged him to be calm that, the God of my father in the Lord, The Bishop of the whole world would grant us a safe-landing. After praying to God, with courage, I gradually descended, and to the glory of God, the plane landed successfully. To God be all the Glory!