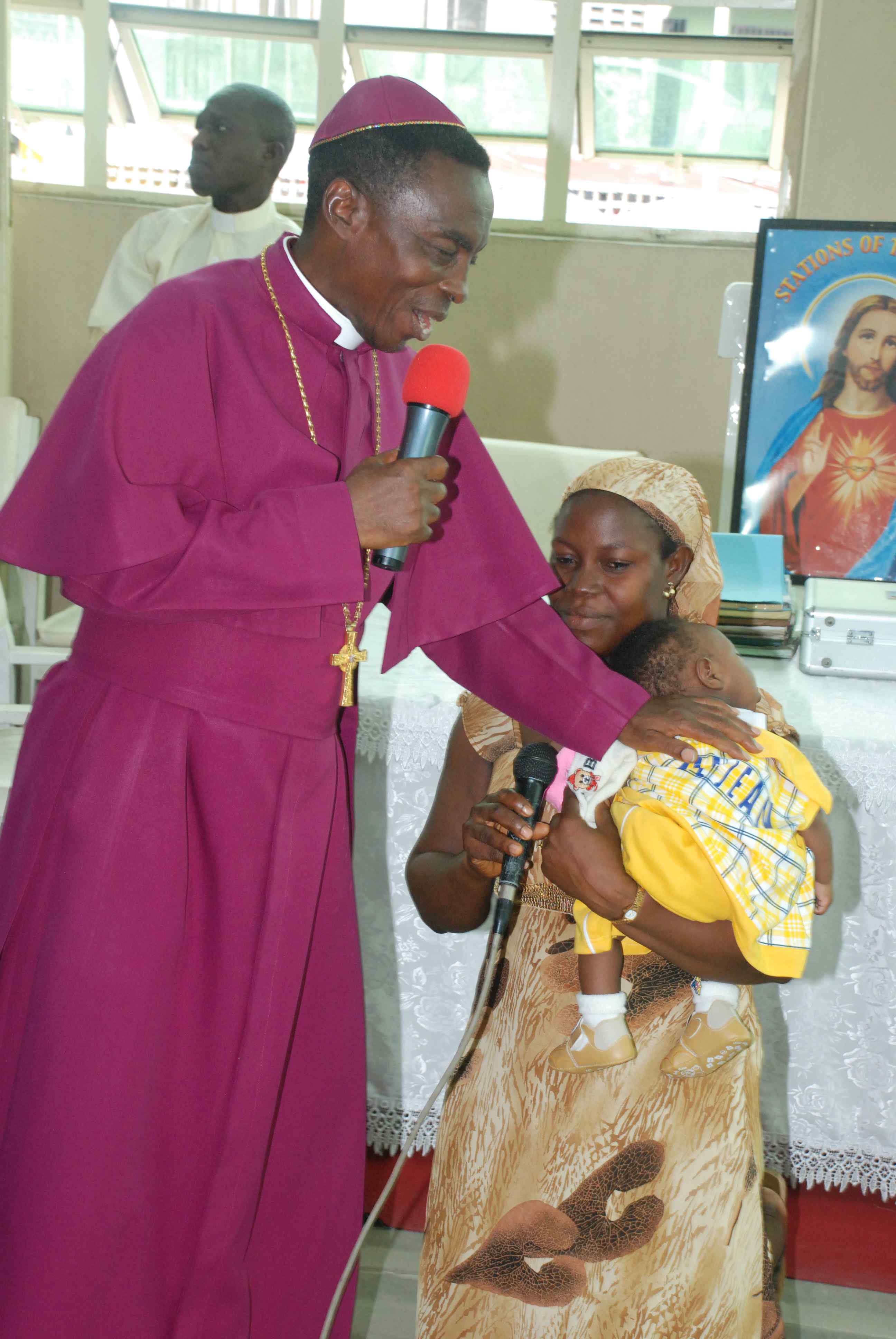 FIBROID INFECTION CHANGED TO A FINE BOY AFTER PRAYERS

I worship with the Redeemed Christian Church of God in Orhuwhorun where I live. In the year 2000, I gave birth to my first child. Sometime after this, I began to experience some strange movements in my belly. It got so tough that I had to visit the Central Hospital, Warri, Delta State Nigeria where the result of a scan test done showed that I was suffering from a fibroid infection. I began treating this fibroid for over 10 years but all to no avail. In the month of May, 2011, a surgical operation was recommended as the last resort to the problem. Receiving this report, I attended one of the Monday’s Deliverance Prayers in God’s Grace Ministry, at the International Headquarters. As arranged by God, I met and narrated my predicament to Jesus’ Holiness, Saint Dikeji Daniel MiyeriJesu. He touched the doctor’s negative report showing fibroid injection and he laid hands on me and prayed saying, “I change the fibroid to a fine boy”. After the prayers, I went back to the Central Hospital, to see the doctor. He did yet another test and behold, result showed that I was one month pregnant. And after nine months, I gave birth to a healthy baby boy. God said it through His son, Jesus’ Holiness, ‘I change the fibroid to a fine boy’ and it came to pass. Praise be to God!