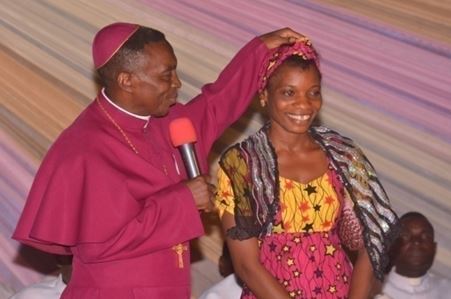 Saved From the Hands of Kidnappers

On 27th June, 2015, I travelled to Calabar where my elder brother and sister live. After meeting with my brother, I decided to visit my sister. On my way there, I boarded a try-cycle (Keke) carrying two men and a lady who came down while still on the way leaving me and the two men. Not too long after the lady left, one of the men suddenly held my neck and the other tied my mouth and nose using a handkerchief. I immediately lost consciousness. They took me into the deep bush and locked me up in a room with my legs and hands tied. After some minutes, they removed the handkerchief from my nose and mouth and said to me that they know my elder brother to be a rich man, and that I should phone to inform him that I have been kidnapped and that he would have to pay a ransom for me to be released. I did as they ordered and the moment my elder brother got this information from me, he called Evang. Bernard Eboh, the man in-charge of G.G.M Inc. Calabar branch who in turn passed the message to the Bishop of the whole world. When our Daddy in the Lord, Jesus’ Holiness heard the news, he called on God for intervention. After the Bishop of the whole world had prayed, God began to work miracle. One of the kidnappers tried to offer me food which I declined with the excuse that I was not hungry. He locked the door of the room and left only me there. Soon after he left, God sent His angels to loose the ropes used to tie my hands and legs. I picked up an available Iron, used it to hit the door and it opened, and I began to run in the bush. This was already night time. Luckily for me, I got to a building where I ran into the house of a particular woman who hid me till the following morning. All through the night, there was no noise from the kidnappers who without doubt were searching for me all over the places. When it was day break, the woman gave me the sum of #300 with which I travelled to my elder brother’s place that morning. Later on, it was on the news that the evil perpetrators had been arrested by the policemen. The prayers of His dear son, Jesus’ Holiness, Saint Dikeji Daniel MiyeriJesu, the Bishop of the whole world, delivered me from the hands of kidnappers. Praise God!