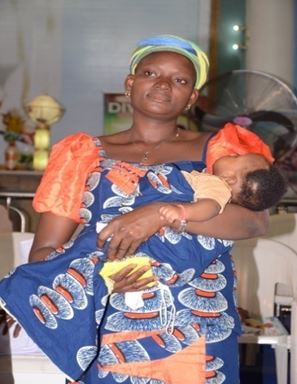 COMPLICATED DELIVERY BECAME NORMAL, DEAD BUT RESTORED BACK TO LIFE

Mrs. Conference got pregnant in the year 2014. Nine months after, which was April, 2015, there was no labour pain. Doctors recommended inducement of labour pain. After receiving an injection, there was not still signs of labour. But by the power of God Almighty, after the prayers of the Bishop of the whole world, she got strength, pushed and the baby was safely delivered. Just after delivery, she began to vomit and to worsen issue, a severe bleeding started, leading to her death. Having been rushed to the hospital, a total of 10 drips were emptied into her body to bring her back to life but all to no avail. Still in an unconscious state, a pint of blood was added and to the glory of God, she regained consciousness. As a result of the prolonged labour, the baby sucked so much water that the stomach was protruded. But to the praise of God, the baby vomited the water and health condition became normal. Through the prayers of Jesus’ Holiness, Saint Dikeji Daniel MiyeriJesu, the mother and the baby are both alive, hale and hearty. Praise God!